Casey & Devoti continued its commitment to the Gateway Chapter of the Cystic Fibrosis Foundation by sponsoring the 16th Annual Wine Opener fundraiser in September.   The event drew a crowd of about 300 people and raised nearly $100,000 for the foundation.

For the fifth consecutive year, Partner Matthew Devoti served as ‘Co-Host’ of the event and was again instrumental in planning the fun-filled evening. Guests gathered on the campus of CBC High School where they sipped samples of over 40 different domestic and international wines, noshed on culinary delights from local eateries, and bid on fabulous auction items.

Casey & Devoti has been a strong supporter of the foundation for many years, serving as a corporate sponsor for both the Wine Opener and the annual ‘Reach for the Stars’ gala.   With family members afflicted with the disease, Partner Matthew Devoti has personally donated his time and talents to the foundation by serving as a board member, president-elect, foundation president and most recently as an executive board member.  During his five-year stint as ‘Co-Host’ of the Wine Opener, the event has raised close to $425,000 for the foundation.

Cystic Fibrosis is a life-threatening genetic disease that affects the lungs and digestive systems of about 30,000   people in the United States.  The Gateway Chapter of the Cystic Fibrosis Foundation is a fundraising arm, whose purpose is to advance fundraising efforts, research and community awareness for children and adults living with Cystic Fibrosis in the St. Louis area. 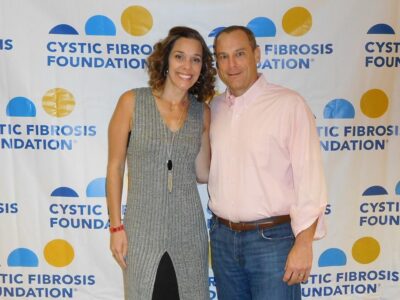 Partner Matt Devoti and his wife Lauren enjoy the festivities at the 2018 Wine Opener. 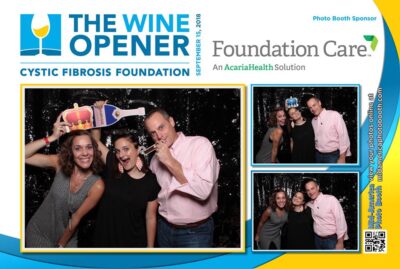 Partner Matt Devoti, his wife Lauren, and daughter Sophia have a little fun in the photo booth at the 2018 Wine Opener. 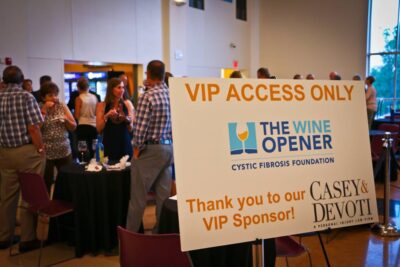