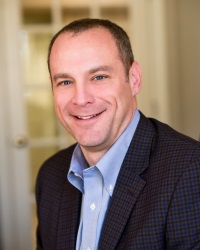 Matt is a trial lawyer with over 19 years of experience handling a variety of personal injury cases and insurance coverage disputes.  He has tried more than 35 cases to a jury and represented clients in the Missouri Division of Workers’ Compensation.

Matt’s courtroom experience reaches beyond the greater St. Louis area.  He has tried cases in ten different counties throughout southeastern Missouri, including:  Ste. Genevieve, Jefferson, St. Francois, Pulaski and Phelps counties to name a few.  He has also successfully argued appellate cases in state and federal court, including before the Missouri Supreme Court and the 8th Circuit Court of Appeals.

Prior to joining Casey & Devoti, Matt represented multiple hospitals in a case against the tobacco industry. He uses this inside knowledge to aggressively fight for what is fair and just for his clients.  He became a partner with Casey & Devoti because of his belief in the firm’s core values of honesty, integrity, strong work ethic and putting clients’ needs first.  Today, Matt honors these core values while emphasizing personal service.

Matt was born and raised in St. Louis.  He volunteers his time and talents with several professional and charitable organizations.  In 2017, he served as board president of the Gateway Chapter of the Cystic Fibrosis Foundation and is currently serving on the executive board.  He previously served seven years as a board member of  St. Martha’s Hall, a shelter for abused women and their children.  He was recently reappointed by the Missouri Supreme Court to serve a second term on the Regional Disciplinary Committee for Region XI.

Matt is married to his wife Lauren and resides in St. Louis Hills with his four children:  Joseph, Sophia, Nicholas and Lillian.  In his spare time, Matt enjoys coaching his son’s baseball team, playing golf, and working in his yard.

Appointed by the Foundation’s Board of Trustees to the National Leadership Council in recognition of his outstanding contributions to the Gateway Chapter of the Cystic Fibrosis Foundation.

Presenter,  Lecture “Legal Issues Related to Volunteer Management”, “Liability of Nonprofit Organizations and Volunteers” and “Legal Protection for Volunteers and Use of and Validity of Waivers and Releases”   Non Profit Management and Leadership Program – University of Missouri, St. Louis (March 2017)

Author:  “My Wallet/Purse Was Stolen, What Should I Do?”  Living Safer Magazine, Spring 2016