Car Crash Prevention Tips: Back to the Basics

Car Crash Prevention Tips:  Back to the Basics

A Washington County, Missouri woman was killed in a car crash. A news report suggests that the crash was preventable.  The crash is like many we hear and read about in that the resulting harm could have been avoided had the drivers paid attention to those basic rules of the road we all learned as teenagers.

The crash happened on Highway 21 in DeSoto. According to the news report, a driver swerved to avoid a second vehicle that had suddenly slowed to make a turn.  After swerving, the car struck a third vehicle traveling in the opposite direction on Highway 21.  The crash severely injured both drivers of the cars that collided and killed the front seat passenger of the car that swerved.

The crash reinforces the need to always follow a few basic rules of the road: 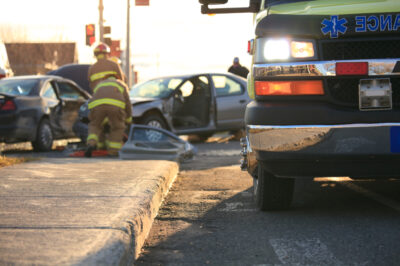 More often than not, my daughter follows these basic rules to a “t”. But, I’m still concerned about her every time I think about her driving.  I trust her; it’s the other guy that worries me.

5 Common Mistakes To Avoid After A Car Crash