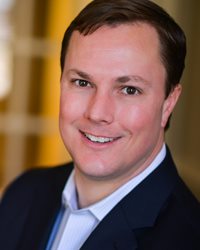 Matt is a fourth-generation St. Louis attorney and the third generation to specialize in personal injury litigation. He is a skilled trial lawyer with over 19 years of experience. Prior to joining Casey, Devoti & Brockland, Matt previously worked for a large corporate defense firm. He knows the tactics used by large corporations and insurance companies to fight personal injury claims. His inside knowledge allows him to aggressively fight for what is fair and just for his clients.

Matt is a life-long resident of Richmond Heights, Missouri where he is very active in the community.  He previously served eight years as a Richmond Heights City Councilmember and through the years has served on several committees within his parish, Little Flower Catholic Church.

Matt and his wife, Becky, have three children: Evelyn, Henry and Mary Frances. In his spare time, Matt spending quality time with family and friends.

Author:  “Is Adoption Right for You?  Questions to Ask Before You Adopt”   Safety Report, Spring 2013