Casey, Devoti & Brockland has joined the fight against JUUL and other E-Cigarette manufacturers.

We are St. Louis lawyers filing cases for:

The truth about JUUL and E-Cigartettes.

Are you or a loved one suffering from the symptoms of the vaping related lung disease EVALI (“e-cigarette, or vaping, product use associated lung injury”)?

Are you or a loved one addicted to nicotine from using Juul’s e-cigarettes?

The St. Louis, Missouri area vaping attorneys at Casey, Devoti, & Brockland are filing cases on behalf of Missourians who have become addicted to nicotine as a result of Juul’s deceptive advertising and patients who developed EVALI from vaping.

In March 2019, the first cases of a mysterious lung disease related to vaping were reported in the U.S. Fast forward a little over half a year later, and the disease has spread to become a nationwide public health crisis. On Nov. 5, 2019, the U.S. Centers for Disease Control & Prevention (CDC) reported 2,051 confirmed or probable EVALI cases and 39 deaths across the country.

Among the 39 vaping-related deaths was a Missouri man in his 40s, whose death was reported by the Missouri Department of Health and Senior Services in mid-September. And as of Nov. 7, 33 confirmed or probable EVALI cases were reported to the state of Missouri, half of which are young people ages 15-24.

Most vaping-related illnesses and deaths are in patients who use THC-containing vaping products, according to health officials. In fact, the CDC announced a breakthrough in its investigation of the illness on Nov. 8. It identified vitamin E acetate, an oil used as an additive in many THC-containing vaping products, as a potential culprit behind many EVALI cases. While vitamin E acetate is harmless in everyday products like vitamin supplements and skin lotions, the honey-like consistency of the oil makes it dangerous to inhale as it builds up and sticks onto people’s lungs. 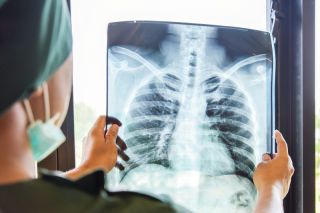 Symptoms of EVALI mimic those of other severe respiratory illnesses, such as the flu and pneumonia. St. Louis vaping lung patients have reported the following symptoms:

It is also important to note that vitamin E acetate is probably not the only contributing factor behind the EVALI outbreak. Some patients report using nicotine vaping products, which have not tested positive for the oil. With that being said, no vaping product is considered safe for use at this time. People who continue to vape should monitor themselves for EVALI symptoms and seek medical attention right away if any arise. Missouri patients have reported that their symptoms developed over a period of several weeks, while others noticed them in just days.

The nicotine-based e-cigarette maker Juul Labs, Inc., dominates the market, controlling over 70% of the market share of vaping devices in the U.S. Juul engaged in a targeted marketing campaign directed at youth, teens and young adults in the St. Louis area that has resulted in a nicotine-addiction epidemic in St. Louis, the state of Missouri and across the United States. 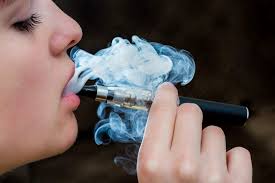 “Juuling” (or vaping) has become part of the daily life of teens in Missouri. According to the News Tribune, the number of teens using vaping devices in Missouri school districts is rising. In fact, Missouri Department of Health and Senior Services Director Dr. Randall said that “90% of in-school suspensions now are for vaping.” A statewide Missouri Student Survey conducted in 2018 found that 15% of Missouri students grades 6-12 reported vaping within 30 days of being surveyed.

Juul targeted St. Louis area teens via social media through the use of young models, bright colors, and sweet flavors like Mango, Mint and Crème Brulee. Juul is at the center of several consumer lawsuits, many alleging that its marketing tactics and deceitful product packaging led teens to develop intense nicotine addiction.

On Sep. 9, 2019, the FDA issued a warning letter to Juul accusing the company of “marketing unauthorized modified risk tobacco products by engaging in labeling, advertising, and/or other activities directed to consumers,” including a presentation given to youth at a high school. According to the letter, a Juul representative make the following statements to students:

Juul recently confirmed plans to cut its staff and reduce hiring. Due to an increasingly unfavorable U.S. regulatory environment regarding vaping, Philip Morris International called off merger talks with Altria, the top investor in Juul, that would have created a $200 billion global power. Juul’s ex-CEO Kevin Burns, who resigned in September 2019 amid the epidemic, has since apologized for the epidemic of youth now addicted to Juul.

HOW ADDICTIVE IS VAPING?

Medical experts worry that nicotine salts, like those used by Juul to make its e-cigarettes, are sentencing young people to a lifetime of nicotine. Experts warn that these substances could cross the blood-brain barrier and lead to learning, memory and attention problems and cause prime young people to become addicted to other substances. The newest generation of e-cigarettes reportedly also has a higher level of nicotine than previous versions, making vaping even more addictive. As many as 495,000 teenagers who vaped by 2018 are expected to become cigarette smokers in the future.

If you are a Missouri teen addicted to Juul or vaping, the Substance Abuse and Mental Health Services Administration (SAMHSA) can direct you to a facility to assist you with quitting. The Truth Initiative is another  resource available for those looking for ways to quit Juul. There is a free, first-of-its-kind, text message program that has been set up to give teens the support they need to quit Juuling. You can access the program by texting “DITCHJUUL” to 88709. Other resources have been compiled online by the Missouri Department of Health & Senior Services.

WHAT ARE THE WITHDRAWAL SYMPTOMS OF JUULING/VAPING?

Quitting Juuling and vaping is hard and can take more than one try. One of the keys to quitting for good is to understand the normal symptoms of quitting nicotine versus serious complications. Below are normal symptoms of vaping withdrawal, but if you are concerned about how long these symptoms are lasting, seek medical assistance to make sure nothing’s wrong.

Symptoms of Vaping and Juul withdrawal include the following:

Local, state, national, and international regulators are scrutinizing the e-cigarette industry and have also become the subject of scrutiny. U.S. lawmakers recently grilled the CDC and the U.S. Food and Drug Administration (FDA), accusing the agencies of dropping the ball in regulating the vaping industry. Frank Pallone Jr., D-N.J., the chairman of the House Energy and Commerce Committee, recently attributed the dramatic increase in teen e-cigarette use and subsequent illness outbreak to a 2017 FDA decision to delay its review of those products.

Casey, Devoti, & Brockland is known for getting results that help plaintiffs. We are backed by a team of experienced lawyers that are ready to take on Juul labs and Big Tobacco.  We are also parents, family members and friends of people impacted by this epidemic, which is why we are committed to making a difference in this fight.

If you or someone you love is battling a nicotine addiction or a lung disease related to Juul or another e-cigarette product, contact the experienced personal injury attorneys at Casey, Devoti & Brockland.