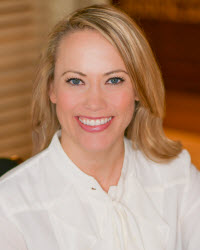 Anne Brockland has over ten years of personal injury trial experience with a special emphasis on medical malpractice. She takes great pride in helping people rebuild their lives after devastating injuries. Both her compassion and competitive drive align with the firm’s core values, making her a valuable asset to the team.

In addition to her success in the courtroom, Anne has received recognition for her outstanding trial work and professionalism from her peers. In 2015, she received the prestigious Lon O. Hocker Trial Lawyer Award, which is presented each year by the Missouri Bar Association to one trial attorney in the St. Louis area who exemplifies professionalism and high ethical conduct. Recipients must demonstrate a balance between zealousness and honor, strength and courtesy, and confidence and respect.

In 2013, Anne received the John C. Shepherd Professionalism Award from the Bar Association of Metropolitan St. Louis (BASML). This award is given annual to a St. Louis attorney 36 years or younger who exemplifies the BASML Tenants of Professionalism.

Anne holds two undergraduate degrees in government and psychology. After graduating from Saint Louis University School of Law, she launched her career as a personal injury trial attorney working twelve years at her previous firm. Anne gives back to the community by serving as volunteer counsel for the Missouri Coalition for the Right to Counsel, Legal Services for Eastern Missouri and Voices for Vets. Anne and her husband, Michael, reside in St. Louis City with their children: Noah, Sebastian and Marina.

The American Association for Justice

Volunteer Counsel for Voices for Vets

Women in the Legal Profession

Anne-Marie von Aschwege, Comment, In the Prosecutor We Trust? A Case Against Permitting Evidence of Unadjudicated Criminal Conduct into the Sentencing Phase of Capital Trials, 26 St. Louis U. Pub. L. Rev. 157, 2007

Trial Preparation from Start to Finish, Succeeding at Trial, April 29, 2011