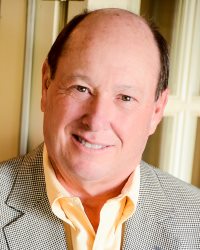 Thomas Casey is the founding partner of the firm and is currently retired from the Missouri Bar.

In 1983, Tom founded the firm on the principles of honesty, integrity, a strong work ethic and putting clients’ needs first.  Adhering to these core values allowed him to steadily grow the firm for over 30 years strictly through word-of-mouth referrals.

Throughout his distinguished career, Tom worked diligently to protect the rights’ of his clients.  He worked equally hard in service to his country, community and the legal profession in St. Louis.

In the past, Tom served as president of the Lawyers Association of St. Louis and Chairman of the Trial Section of the Bar Association of Metropolitan St. Louis.  Tom was appointed by the Missouri Supreme Court to serve as General Chairman of the Region XI Disciplinary Committee; and he also served a term as a Discipline Hearing Officer under the appointment of the Missouri Supreme Court.  Tom also sits on the board of directors of several non-profit agencies.

In 2011, Tom was the recipient of the Lawyers Association of St. Louis’ Award of Honor.   The Associations’ highest honor is given each year to a lawyer ‘whose service to the profession and community merits recognition, not as a reward, but as an example that may inspire others to similar service.’

Tom and his wife Trish have been married for over 40 years and have four adult children and four grandchildren.  Continuing the Casey family legal tradition, Tom’s son, Matthew Casey, is currently a partner with the firm.

The attorneys at Casey, Devoti & Brockland are proud to be authorized speakers for the nationally recognized ‘End Distracted Driving’ program.  Each year, they provide these powerful presentations at no-charge to educate drivers on the dangers of distracted driving. Since 2015, they have delivered this important safety message to over 5,000 high school students and […] more

Yesterday in St. Francois County, three people were killed in a tragic accident.   A driver who skidded off any icy U.S. 67 and two Good Samaritans who stopped to help the driver were standing outside their vehicles.  Another approaching vehicle lost control on the Big River Bridge, near where the first vehicle had slid off […] more