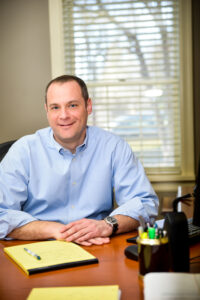 In September 2016, a man and woman riding a motorcycle were killed by a drunk driver in southeast Missouri.

Riding a motorcycle comes with inherent risks.  The most obvious being that a rider has very little protection between their body and another vehicle, a tree or the pavement.  In a collision, it’s pretty clear who will sustain the most injuries.  Additionally, a motorcycle is smaller than most other vehicles on the road, which can make it difficult for other drivers to see it – especially when making turns, passing or traveling in another vehicles blind spot.

Most people who ride motorcycles are well aware of the increased risk.  In fact, many motorcycle enthusiasts go to great lengths to mitigate those risks by taking specific motorcycle training courses, wearing appropriate safety gear, riding in packs, and obeying traffic laws.   To take it a step further, motorcycle riders tend to be very proactive in educating the community about motorcycle safety – so that other drivers are more mindful of motorcycles on the road.

But whether you are driving a car or a motorcycle, all of the precautions in the world can’t defend you against someone who makes the conscious decision to get behind the wheel after drinking.  That is the sad reality of this story.

I don’t know for sure, but my guess is this couple was probably well educated on motorcycle safety.  They were probably wearing the appropriate safety gear.  They were probably just out for a relaxing Sunday afternoon drive.  What I do know is one person made a selfish decision to drink and drive.  And in one split second- around one curve, over one center line – that decision changed everything.

Motorcycles have every right to be out on the road – drunk drivers do not.